With the rent-versus-own momentum shifting, many local Gen Y’s are caught in an emotional and financial tug of war. 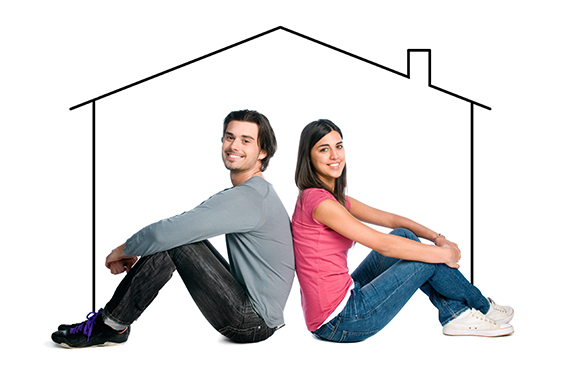 It’s a vexing question for many younger adults — aka millennials, born between the early 1980s and early 2000s. Mostly 20-somethings, they’re watching rents surge and wondering whether today’s still-attractive interest rates might begin to climb out of their reach, too.

At the same time, this crowd came of age watching the housing market in 2007. In some cases, their friends and family lost homes.

“It was brutalizing,” says Windermere Real Estate/Seattle-Lakeview broker Michael Doyle. For many, he says, those memories carry painful scars about buying a home.

Now, with the rent-versus-own momentum shifting, many local Gen Y’s are caught in an emotional and financial tug of war. Millennial-age renters Christine and Tyler Opp, of Kirkland, say they feel a clock ticking.

Any sense of urgency for the Opps is fueled by the couple’s instincts that “interest rates are going to increase at a faster rate than home prices will decrease, so our monthly payment will go up incrementally by waiting,” says Christine, an associate at a local investment-advisory firm. “Over the lifetime of our [eventual] home, that’s hundreds of thousands of dollars more [we’d have to pay].”

Dean Jones, president of Seattle-based Realogics Sotheby’s International Realty, agrees with their prediction. “The market has recovered to favor homeownership again,” he says. “Rents, interest rates and median home prices are all on the rise, which is adding to a sense of urgency for consumers.”

The Seattle area’s median home sales price in August, the most current figure available, was $430,800. That’s up 15 percent from this time last year, according to online real estate database Zillow. And 30-year fixed-rate mortgages are between 4.3 and 4.5 percent, the highest in nearly two years. With some variations in tenths of an interest rate, the average/median mortgage payment based on the 30-year fixed loan is about $1,160 monthly, according to Zillow.

Seattle rents, meanwhile, were averaging $1,150 this summer, up 6 percent over last year. It makes this area’s rents the fastest growing in the country, according to New York-based real estate tracker Reis.

That’s a lot of factors for millennial-age renters to consider, says Svenja Gudell, Zillow’s director of economic research. “Obviously, people are scared,” she says. “It feels as if you’re on a roller coaster.”

She says it’s smart to look beyond general numbers in the Seattle-Metro area — made up of King, Pierce and Snohomish counties — where home values are up 16 percent and rents are up 3.8 percent over a year ago.

Instead, Gudell advises looking at Zillow’s “Breakeven Horizon” chart based on using a 30-year mortgage. It shows that Seattle metro consumers “would need to live in their home for 3.7 years before owning a home becomes financially advantageous over renting the same home.”

Gudell suggests “drilling down to different neighborhoods” by using ZIP codes for greater details. Break-even patterns tend to be high in neighborhoods near strong job bases. For example, Redmond, Seattle and Bellevue — with pockets in Bothell, Kirkland and Ballard — favor buying now over renting.

The Opps say it’s not a matter of “if,” but “when” they buy their next home, and they remain determined.

“We’re in an apartment in Juanita that’s a little less than 700 square feet,” says Christine. “[The complex] has a hot tub, a swimming pool, pretty good amenities. It’s easy. We are able to save a ton of cash to be ready to put a down payment on [an Eastside] house.

“Buying your own home is the quintessential American dream,” she says. “It’s one of those steppingstones — for every person, a dream for every child — to purchase a home.”