Follow the mortgage money: Why 2014 should be a good year for housing 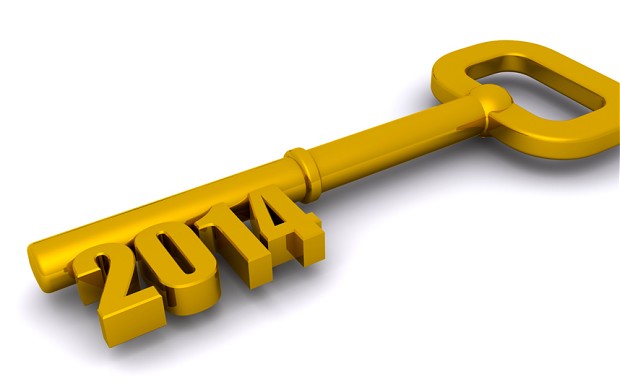 Look for Fannie and Freddie's new regulator to push for looser underwriting, down payment requirements –

by Ken Harney on Inman News

Disclaimer upfront: I live and work in America’s most dysfunctional political and bureaucratic environment — inside the Beltway, Washington, D.C. So I have to admit that my ability to make predictions is handicapped by the inherent unpredictability of the key actors here.

Outcomes are often determined by deeply partisan politicians who sometimes, but rarely, decide to come together to solve tough problems, and federal regulators who see laws like Dodd-Frank as providing mere starting suggestions for the rules they ultimately write according to their own whims.

Remember the original qualified residential mortgage (QRM) regulation, which as proposed would have required that lenders retain a share of the risk in mortgages made to borrowers putting less than 20 percent down? Invented out of whole cloth by bureaucrats who regulate banks.

That said, here are a few fearless forecasts for 2014 and beyond.

For really big housing issues like comprehensive tax reform and replacement of Fannie Mae and Freddie Mac, forget about 2014. There’ll be smoke, there’ll be a lot of talk and campaign promises. But think 2015 or maybe the post-presidential-election 2017 session of Congress for any real action. Until then it’s hard to see how either gets done. The players are simply not up to it.

They held hearings, commissioned staff studies and produced draft legislative proposals that are guaranteed to upset virtually every major industry — real estate and housing, in particular.

Fannie and Freddie appear set to keep minting money by the billions for the federal Treasury. In an era of ballooning budget deficits, who’s going to stop that?"

Though Camp has not yet disclosed what’s in his package, the word is that it seeks wholesale cutbacks in deductions and credits — mortgage interest, capital gains, property tax write-offs among many others — in order to partially pay for lower tax brackets and other simplifications.

When and if Camp actually introduces his bill, he’ll get kudos for his courage to address such a complex issue. Then watch as the Republican leadership backs away like it’s a dead skunk, too unpleasant to handle in an election year. Baucus is likely to meet a similar fate in the Senate.

Serious consideration of broad-based tax reform will have to wait until the next election sweep — House, Senate and White House — by one or another of the parties. The earliest that could happen is 2016, assuming the Republicans retain the House and Democrats the Senate in 2014.

With a new president, figuring out how to streamline the code will take at least another year, even with one party in charge. Mortgage interest, capital gains and other key real estate provisions should be safe until then.

The fates of Fannie and Freddie may well be the same story: Though committee hearings were held this year in both the Senate and the House on how to phase them out and create a replacement secondary mortgage market system, the bills that have emerged are philosophically so far apart that the gap cannot be bridged in the 2014 election year.

Republicans in the House want little or no federal role in mortgage finance other than a pared-down Federal Housing Administration. Senate Democrats insist on a strong federal financial backup for the mortgage market, and more than a few would like to retain something along the lines of Fannie and Freddie, perhaps combined.

Meanwhile, Fannie and Freddie are generating surpluses, and appear set to keep minting money by the billions for the federal Treasury. In an era of ballooning budget deficits, who’s going to stop that?

Certainly not the new head honcho for oversight of Fannie and Freddie, Mel Watt, who is replacing Ed DeMarco. Watt won’t take long to install the Obama administration’s agenda at the Federal Housing Finance Agency, which oversees the mortgage giants.

Even before his arrival as director, Watt has had an impact: DeMarco canceled cuts in Fannie and Freddie maximum loan limits that he had already scheduled. He knew full well that Watt would reverse them anyway (with DeMarco on his way out, the FHFA on Monday announced that it was seeking public comment on a plan to reduce loan limits in October).

Once in office, Watt is likely to open the door for the first time to principal reductions for Fannie-Freddie borrowers who have trouble affording their loans. DeMarco had long resisted White House demands that he allow such debt reductions on agency mortgages, angering the president and liberal Democrats.

Watt is also likely to look for ways — consistent with his legal role as conservator — to open conventional financing to broader segments of the homebuying public by easing up on credit score and other underwriting standards and possibly cutting current 5 percent minimum down payment requirements.

Sellers have more confidence they’ll get fair pricing, plus millions of previously underwater owners have crossed over into positive equity status in recent quarters, giving them a shot at selling. Unless rates spike or Wall Street sees a 20 percent-plus correction, the better balance between supply and demand should make 2014 a good year.

Ken Harney writes an award-winning, nationally syndicated column, “The Nation’s Housing,” and is the author of two books on real estate and mortgage finance.