Since 1971, when mortgage rates first started being tracked, they have ranged from a high of 18.63 percent in the early 80′s to a low of 3.20 percent in late 2013. Currently, rates are still relatively low and for many prospective home buyers, low rates can greatly affect the affordability of a home and themonthly mortgage payment. But, what will the future hold?

“After dropping to all-time lows at the end of 2012, rates have steadily rebounded throughout 2013. Now that the Federal Reserve has announced plans to begin winding down its stimulus program, which has helped keep rates low while the economy was still fragile, we expect rates will rise above 5 percent in 2014 as the economic recovery gains steam. Although those who missed out on mortgages in the 3 percent range may be disappointed that they missed that historic window, rates are still extraordinarily low by historic standards,” says Erin Lantz, director of Zillow Mortgage Marketplace. 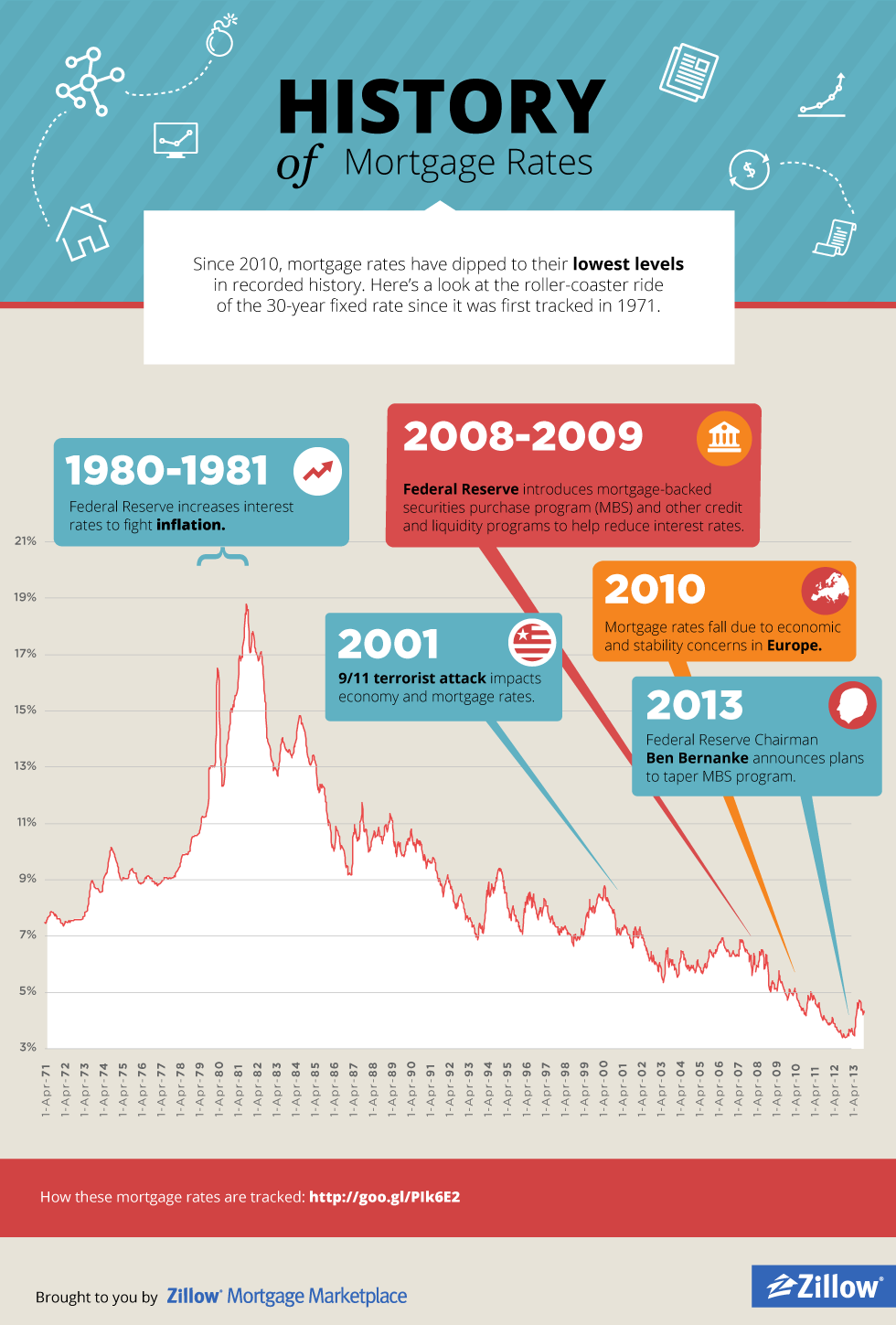